Back to: Amsterdam Kick-Off for Expats

To foreign people observing Dutch social behavior, some of their actions could be confusing. The way they greet each other and say goodbye, what they eat and how they get around is totally foreign to most people not from the Netherlands. Here are a few examples that you can expect to see when living in the Netherlands.

In the grocery stores, you will probably come across boxes of sprinkles (Hagelslag) next to the packaged bread. This is because it is very common for Dutch people to enjoy their breakfast with a sweet layer of chocolate sprinkles. 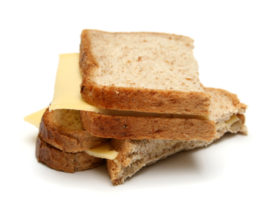 Whether it be on a relaxing day at the park, busy work day or studying at the library, Dutch people always bring a packed lunch! Don’t be surprised if a cheese sandwich (broodje kaas) spontaneously appears in your co-worker’s hand at any time of the day. This is completely normal and acceptable in almost all situations.

Drinking a lot of coffee

Ever wonder how the Dutch get things done? Is it good time management or planning? Maybe, but my bet is coffee! This little country is the 3rd highest consumer of coffee per capita in the world! Averaging a massive 6.7kg of coffee a year per person. And unlike people from the US or UK they almost always drink it black, no sugar, no milk.

Dutch people often greet friends or familiar acquaintances by kissing them on the cheek three times. However, they don’t actually touch lips-to-skin – rather, they kiss the air next to that person’s cheek. So be sure to anticipate that third kiss coming if someone from the Netherlands greets you this way, otherwise it could get awkward!

Birthday traditions in the Netherlands are… different. If you attend someone’s birthday, it is likely that you will sit in a circle drinking coffee or tea and eating cake. Another thing that will happen is that all the people present on the birthday will congratulate you as well. Why this is? Who knows…

For most people riding your bike may be a holiday activity, maybe through a nice park or around a foreign city. But here in The Netherlands it is an essential form of transport. Rain, hail or shine you will see the Dutch cruising around. Equip with rain jackets and their bikes adorned with the all important mud guards, they do not stop for any weather!

Whether you are on a date or out to dinner with colleagues, it is customary to split the bill. You pay for your dinner and drinks, and that’s that. As you’ve seen in the previous module it’s just part of the culture.

Saying “dus” all the time

If you listen in on a Dutch conversation, you may notice this word being used more than once. Dus is basically the equivalent of saying “so” or “like”. It is a very fluid word that can be used in any conversation, so be sure to familiarise yourself with it in order to have a casual Dutch conversation.

See also the module ‘Most used words in Dutch‘ to see other frequently used words.

The stairs in the Netherlands are extremely steep, and sometimes don’t seem like real stairs at all. This is because many of the houses are tall and narrow, therefore the stairs are too.  So watch out when coming home from a night out or if your elderly grandmother comes to visit!

Soft drugs are readily available here. So I bet you are guessing that a lot of Dutch people visit ‘coffee shops’ regularly and smoke marijuana? This is in fact not true. The legalisation of such drugs has actually lead to lower levels of addiction, almost half the rate of the US. Plus it’s boosted tourist numbers!

Everyone is tall, blond and has blue eyes. This is sort of true, the Dutch in fact are, on average the tallest country in the world. With the average male standing at over 6 ft (184 cm) and the average female being 5’7 ft (171 cm). It is normal for people here to have blonde hair and blue eyes, but a lot of Dutch people do not. There are definitely other European countries where it is a lot more common, such as the Scandinavian countries.